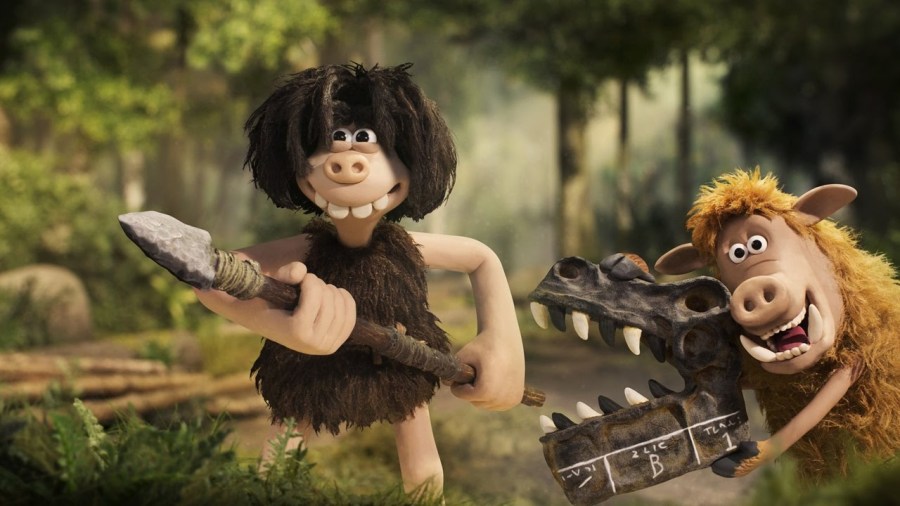 In an honest and early answer to the titular question, no, of course not.  But you can’t deny that there are a few similarities.

I mean just look at them: they’re both about a settlement of people have to win their homes back after getting muscled from them by a technologically superior colony; both their heroes fall for a member of the opposite team; and there’s hardly any actual humans on screen.  The only major difference is that some of them are blue and the others are quintessentially British.

As a screenplay, they’re not the most original plots – as a lot of critics pointed out when Avatar came along.  The only real difference was that Avatar was new, blue and in three dimensions, and so went on to become the highest grossing movie ever.

Early Man however, is about as far flung from James Cameron’s blu-niverse as I am from understanding a game of Australian Rules Football.  Whereas one showcased the latest and greatest in CGI filming techniques, Aardmans latest uses their traditional ‘clay-mation’ technique that they’ve been mastering since 1989’s A Grand Day Out (where Wallace & Gromit invade the Moon in search of rare and valuable resources…)

It’s a technique that’s been around since Ray Harryhausen developed it in the 40s and one that earned a fitting tribute as a pair of dinosaurs – Ray and Harry – duke it out during the film’s opening sequence.

But Early Man did have one new feature that I imagine most people wouldn’t have noticed.  Wallace is bald, Gromit is a short haired dog and Chickens have feathers.  For almost 30 years Ardman have been avoiding hair, or realistic hair at the least.

It took me a while to notice but once I had, I had to wonder how much more time had been taken up by the addition of actual hair fibres on their characters.  Once I’d noticed it, I started realising why the cave man costumes were designed as they were, and why there was a… pig?… warthog?… as a companion.  This wasn’t the Stone Age, this was the Hairy Age!  A time to showcase their new techniques just as Mr Cameron had done years before.

As a quick side note, I realise that Shaun the Sheep is covered in wool but it’s stationary cotton buds in comparison to a full head of head blowing in the wind.

So is Early Man the new Avatar?  Whilst it’s not going to earn nearly as much money at the box office, its technology is a country mile behind the fancy techniques Cameron is employing and it’s only 89 minutes long; it’s got that Ardman charm that I’ve loved ever since I was a kid, a charm that Avatar will never have.  So no it’s not the new Avatar, but I’ll take it any day of the week!