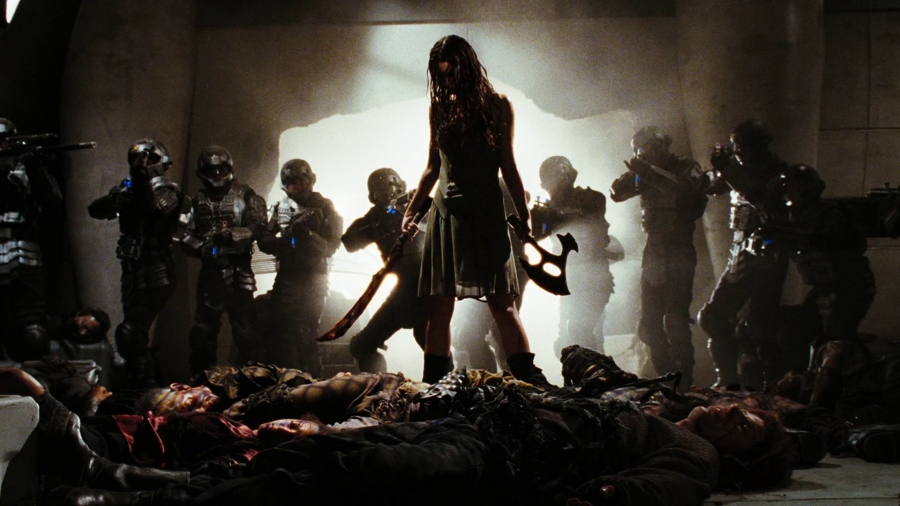 It is commonly known that some people can feel the pinch of Christmas upon their wallets during January.  The pinch of the festive spirit stealing of your money that is!  Not wanting to stand out from the crowd, I too was visited by the festive spirit.  Seeing as going out was a no-go, it was with due haste that I got round to watching the limited edition version of Serenity that I purchased months ago.

Settling in comfortably on my sofa, I embarked upon re-watching one of my favourite films.

Now every year or so I’ll go back and re-watch Firefly – the sci-fi series that put ‘devoted fans’ on the map – and enjoy its fun but short lived 14 episode run before going on to watch Serenity.  But because my copy of Firefly has disappeared into the pits of my brother’s bedroom, I decided just to jump straight in at the end.

When I first watched Serenity – the first couple of times at least – I had no idea that it was the conclusion of a TV series.  But that in itself is due credit to the film’s creator and director Joss Whedon.

Creating a film where newcomers will understand what’s going on whilst giving fans extra tit-bits without boring them as you introduce the new guys to your familiar characters, is no small feat.  Just look at the Spiderman franchise.  It took them two reboots to realise that everybody knew where Spiderman comes from, and don’t even get me started on Batman!

Happily stepping into spoiler territory (it’s been out for 13 years, if you’ve not watched it yet then get on with it!)  I think this is best evidenced during the deaths of both mysterious Shepard Buck and wisecracking pilot Wash.

I remember the first time I saw it and thinking to myself “don’t know who that guy was that was helping them but oh well, I guess he’s dead now.  Turns out this Alliance thing is pretty mean after all!” and “Oh, no.  I liked that pilot guy!”  Whereas now the eye taps start running as soon as the scene begins, knowing where these characters, and the hours of entertainment they’ve given, have been leading them to.

The screen-time that their deaths warrant, and the implications upon the remaining characters is given just the right amount of time, the perfect balance.  Not so long that unfamiliar audiences get bored, but not so short as to cheat fans of a sensitive moment. It’s crafted beautifully.

My one regret in all this, is that I never got to experience the shock of losing them as I know them now.

I am a leaf on the wind, watch how I soar!

Even the story – exploring the Reavers – is a great idea.  A set of characters that Firefly fans thought they knew, only to be subverted and turned from monsters into victims, gave them a satisfying and world changing story.  But because of how easily recognisable the post apocalyptic Mad Max esque villains are, newcomers got to experience the same arc too.

And I do put this onto Joss Whedon.  Avengers Assemble took a group of characters from five separate films and put them together in a manner where the previous films were only recommended viewing and not a mandatory one.

Anyway, that’s enough of me sweet talking Serenity, I’d better get on with recovering my wallet from the festive spirit.